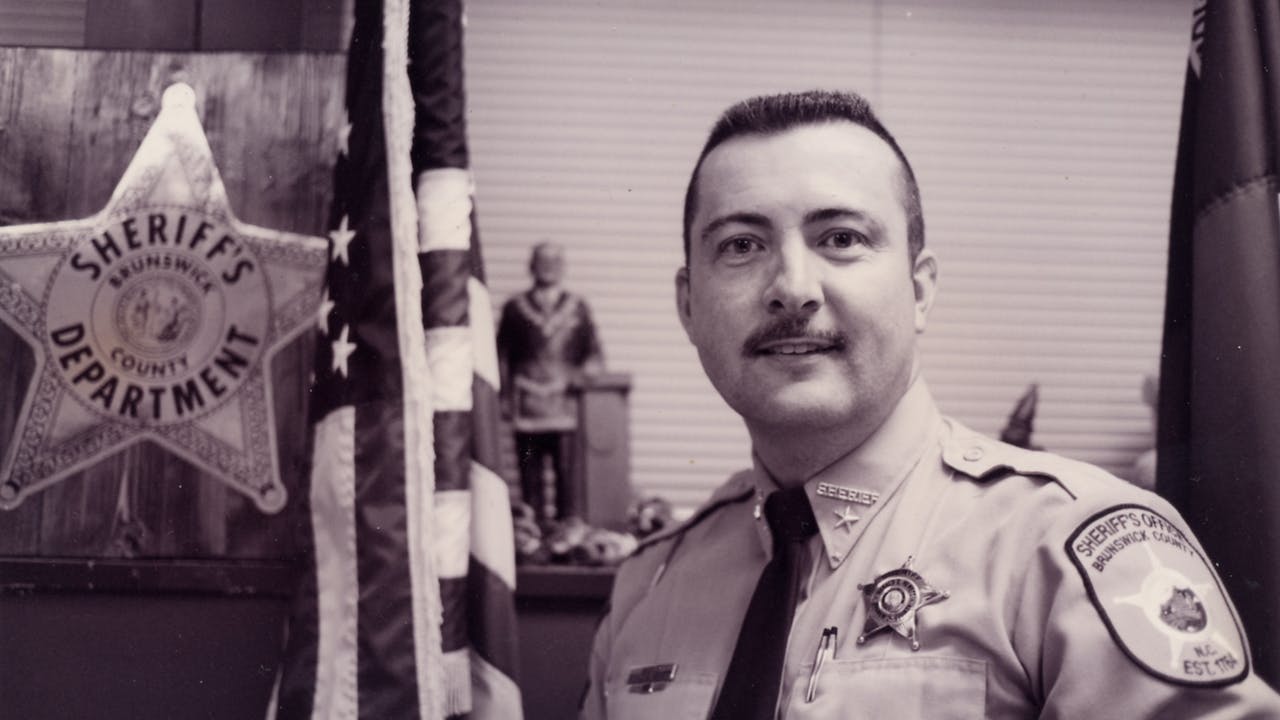 “HIGHLY RECOMMENDED. The detail captured by Kraus’s scrupulously neutral camera adds up to a fascinating, fully realized portrait of the man and the job. It’s like an extended episode of COPS directed by Frederick Wiseman — and I mean that as a compliment on both counts.”
— CHICAGO READER

Sheriff Ronald E. Hewett oversees the rural Southern community of Brunswick County, North Carolina. Heading up what used to be a backwards, back-woods department, Hewett strives to maintain order and civility in a region fraught with murder, robbery, and the occasional theft of ceramic lawn ornaments.